Economic Impact: Will the Rebound in Leisure and Hospitality Jobs Continue?

This article was published in the Richmond Times Dispatch on December 12, 2020.

The spread of the coronavirus has hurt almost all businesses.

Of the 12 major sectors that the Bureau of Labor Statistics tracks, none has been hit as hard as leisure and hospitality. This sector includes firms offering cultural, entertainment and recreation experiences as well as businesses providing accommodation and food services.

While the leisure and hospitality industry has taken the brunt of the job losses since the pandemic started, it is seeing a slight recovery. 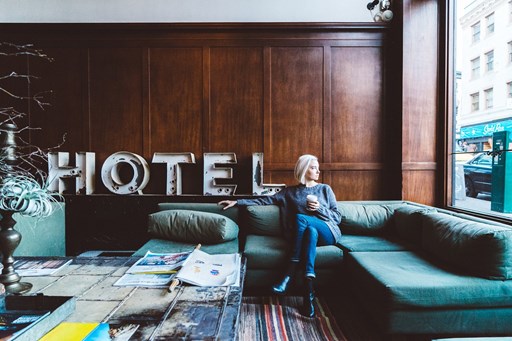 In the Richmond region, the hard-hit leisure and hospitality sector has seen somewhat of a rebound — 19,000 jobs have been restored by October, or 63% of the jobs lost.

In the Richmond metro area and the state, employment declined 43% in leisure and hospitality from January, before the pandemic became widespreads, to April, when employment hit a trough. By comparison, national employment in that sector dropped by 49% in the same period.

The initial loss of jobs in the leisure and hospitality sector from January to April equates to a reduction of 30,000 jobs in the Richmond area — or about two out of every five people who were employed in this sector before the pandemic hit.

In Virginia, the sector saw a loss of 181,000 jobs between January and April. That loss represents more than the total employment of 163,000 in the Roanoke metro area in January.

The leisure and hospitality industry in Virginia also has seen a rebound with 106,000 jobs restored or 59% of jobs lost.

The full extent of the job loss ripples into other sectors because firms are not buying as many supplies and the laid-off employees do not spend as much money in the area.

Considering those multiplier affects, the 30,000 jobs lost in the leisure and hospitality sector in the Richmond region turns into a loss of nearly 38,000 jobs for the region.

Although more detailed industry data for October are not yet available, employment in the fourth quarter of 2019 shows that of the 70,000 leisure and hospitality jobs in the Richmond metro area, 33% were at full-service restaurants, another 27% were at limited-service restaurants, followed by hotels and motels at 8%, and fitness and recreational sports centers at 7%.

These industries have borne the brunt of the coronavirus based on closure signs you can see while walking downtown.

Not Your Typical Recession

Based on the last two recessions, it took about four years before employment matched the pre-recession peak and it took two years to recover half of the loss.

This is not your typical recession.

Total employment in the Richmond metro area fell by 74,000 from January to April. Since May through October, the region regained 35,000 jobs, but we are still down 39,000 jobs.

Statewide, total number of jobs declined by 433,000 in the first four months of the year but has since recovered about 224,000 jobs through October.

In November, the leisure and hospitality industry across the country rose 31,000 jobs from October but is down by 3.4 million since February. U.S. employment in the food services and drinking places subcategory in November fell by 17,400 jobs from October.

Employment growth in the leisure and hospitality over the next few months likely will slow because of the uptick in COVID-19 cases. A vaccine in the second quarter of 2021 should usher in a more rapid recovery.

Christine Chmura is CEO and chief economist at Chmura Economics & Analytics. She can be reached at (804) 649-3640 or chris.chmura@chmuraecon.com.