New job postings appear to be bottoming out. Moreover, food and retail ads both saw increases in the second week of April. 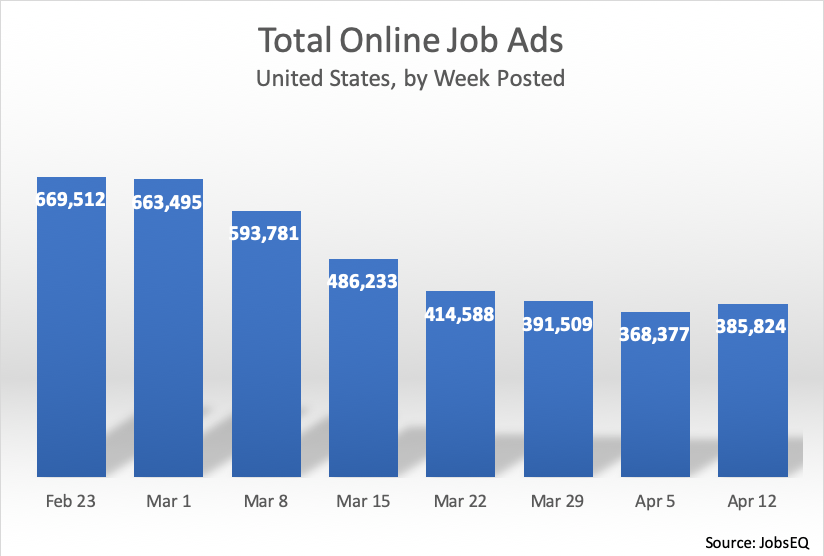 After consistent declines week-to-week throughout March and the beginning of April, online job ads posted a small uptick in the week of April 12. Prior to this increase, the rate of decline was slowing, lending support to the idea that this period of contraction may have bottomed out. 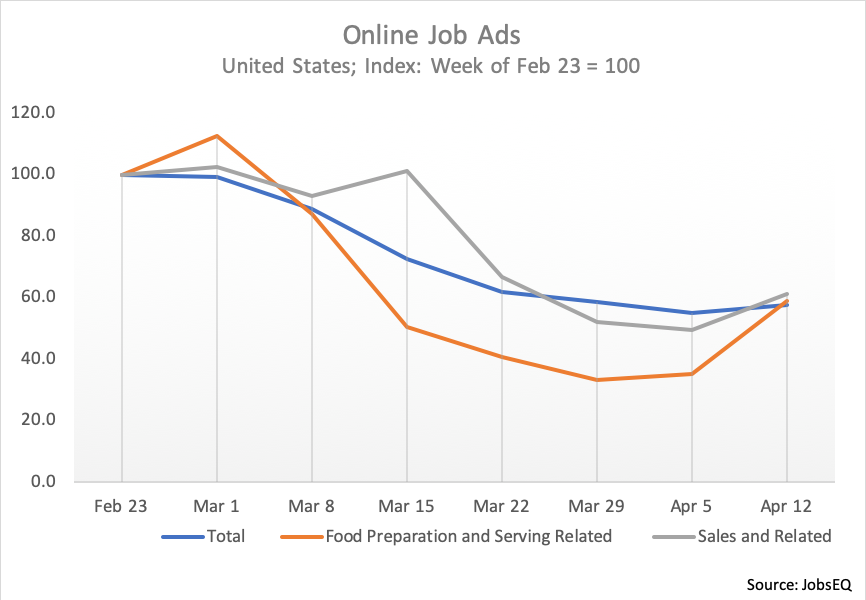 Food services have been hit especially hard during the coronavirus outbreak. The week of April 12, however, saw a significant increase in ads in this sector—with activity from employers such as Taco Bell, Qdoba, McDonalds, and Arby’s. Sales, and retail sales jobs in particular, also posted an increase the second full week of April—including significant ad volume from Lowes, Walmart, Dollar Tree, and Walgreens.

Whether this activity increase represents a one-time surge of pent-up demand or employers beginning to gear up for an opening up of the economy remains to be seen.

All data above are derived from JobsEQ, the Real-Time Intelligence online job ad data set, pulled from over 30,000 websites and updated daily. Historical volume is revised as additional data are made available and processed. Each week of ads is defined as new online ads that start between Sunday and the following Saturday, inclusive. All ad counts represent deduplicated figures. The relationship between ad counts and actual hires is described here.